News"This is for life!": young scientists of SPbSUT told about the results of the expedition to the Arctic

"This is for life!": young scientists of SPbSUT told about the results of the expedition to the Arctic

Students and staff of SPbSUT were able to test the operation of equipment in the tundra, see the mammoth Zhenya and the Kara Sea, get acquainted with the past and present of the Taimyr people. 9 people became participants of the 13-day Arctic expedition of SPbSUT, which took place in October – November 2022 on the territory of the Krasnoyarsk Territory.

After returning to St Petersburg, the team members were greeted by Acting Rector of our University Georgy Mashkov, Director of SPbSUT Master's Institute Alexander Buchatsky and Deputy Chairman of the Committee for Arctic Affairs of St Petersburg Andrey Anokhin.

"It is necessary to involve young people in the Arctic agenda – then we will have a breakthrough in this direction. I would like to note that Bonch was the first to see the Arctic!" – stressed Andrey Anokhin.

Deputy Director of the SPbSUT Master's Institute for Academic Affairs Andrey Stepanov spoke about the results of the unique research expedition. He kept a special "Arctic Diary" online throughout the whole trip.

From St Petersburg, the team flew to Norilsk airport and from there went to Dudinka, where they successfully conducted the first scientific and technical experiments. The participants attended the ceremony on the occasion of the Day of Remembrance of the Victims of Repression, visited the Taimyr Museum of Local Lore, where they saw a stuffed and skeleton of a mammoth, got acquainted with the history of the development of the Taimyr Peninsula.

"I would like to note the well-coordinated work of the team. We split into two teams. Each of us clearly fulfilled the task. In memory of overcoming the weather conditions in the tundra, we took a photo with the flag of our University," said Andrey Stepanov.

Members of the expedition finally reached the Arctic island of Dikson on board the AN-26 aircraft on November 4. Then they moved by helicopter to the mainland - to the village of Dikson. The participants of the expedition visited the Church of St Nicholas the Wonderworker and the monument to the polar explorer Nikifor Begichev, honored the memory of the heroes who died during the defense of Dixon in 1942. The team unfurled flag of  and took a photo from a quadrocopter at the Dixon pier. The expedition members visited the administration of Dikson, reached the Kara Sea and visited the local museum.

Andrei Stepanov handed over memorable gifts from the administration of Dixon to the leadership of SPbSUT: books and medals in honor of the defense of Dixon during the Great Patriotic War. The students shared their impressions of the trip. They noted that they experienced unforgettable emotions and got a special experience and rallied as a team. The participants thanked Andrey Stepanov for solving all the difficult issues and stressed that they would remember this trip for the rest of their lives.

Andrey Anokhin presented the researchers with letters of thanks on behalf of the Governor of St Petersburg. The participants of the expedition received certificates of advanced training from the University.

Georgy Mashkov thanked all partners for supporting the project: the organizers of the "Rediscovering Russia" contest, Rosmolodezh, the Government of St Petersburg, the Committee for Arctic Affairs of St. Petersburg, Andrey Stepanov and Andrey Anokhin personally.

The photo exhibition "The Heart of the Arctic", dedicated to the successful completion of the Arctic journey, opened at SPbSUT.

The Media Center is already preparing a special film about the scientific research expedition of SPbSUT to the Arctic.

You can already watch the trailer now. 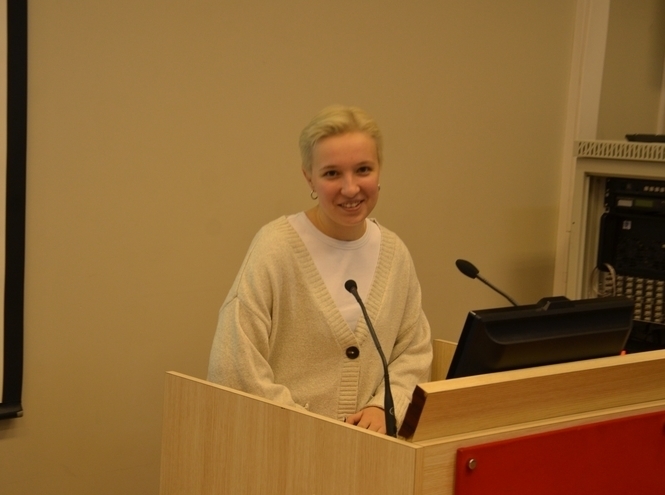 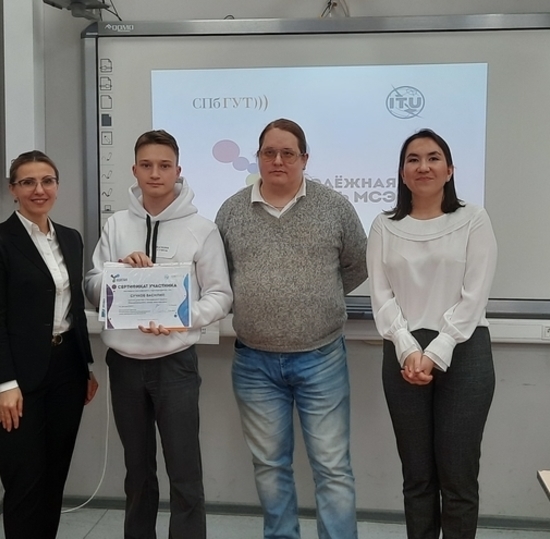