NewsThe conference "Student Spring – 2022" was held at SPbSUT with the support of the Ministry of Digital Development, Communications and Mass Media of the Russian Federation

The conference "Student Spring – 2022" was held at SPbSUT with the support of the Ministry of Digital Development, Communications and Mass Media of the Russian Federation

With the support of the Ministry of Digital Development, Communications and Mass Media of the Russian Federation, the 76th Regional Scientific and Technical Conference "Student Spring - 2022" was held in St. Petersburg on May 24th-25th. The participants were students, postgraduates and young scientists under 35 years of age – more than 750 people in total.

"Scientific activity is a creative process, and a scientist is not a position, but a vocation. People come to science at the call of the soul, and I wish you to go from a student to an academician and reach new heights!" said Georgy Mashkov.

The "Student Spring" at SPbSUT is the successor of the Student Scientific and Technical Conference, which has been held at LEIS since 1946. In 2014, the project received the status of a regional one. The competition of student scientific papers of SPbSUT has been held since 2013.

This year the conference was held with the support of the Ministry of Finance of Russia and the Innovation Promotion Fund. Scientific events at SPbSUT are held under the auspices of the Decade of Science and Technology 2022-2031, announced by Russian President Vladimir Putin in April 2022.

The photo album of the event is available at the link. 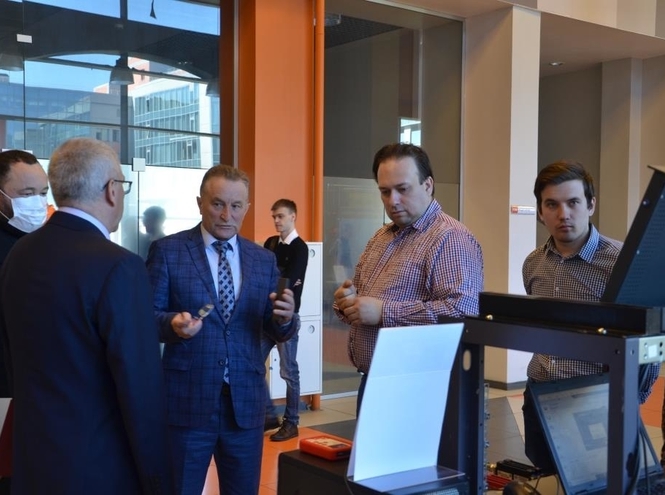 7 july SPbSUT at the BRICS Forum 24 may Vivat, the Festival! The International Festival of National Cultures has been completed in SPbSUT 19 april "I, you, he, she, together – the whole country!": creative project of foreign students
Top